" Back off it, diaphragm, that shit is mine"
- Dad's liver

Last Thursday, we welcomed the largest spleen they ever had seen at Baptist in Little Rock.  The surgeon likened it to birthing a baby.  Which is gross.  Pathology measured it at 21 x 15 x 5.5 cm and described it as soft, dark red, and meaty.  It was in a finely wrinkled capsule, but had torn edges near the hilar surface.    That thing has been through hell.   It weighed in at 1.7 lbs which is kind of disappointing, until you think about what a 26.9 ounce steak would look like on a plate.   I'll give you a moment. 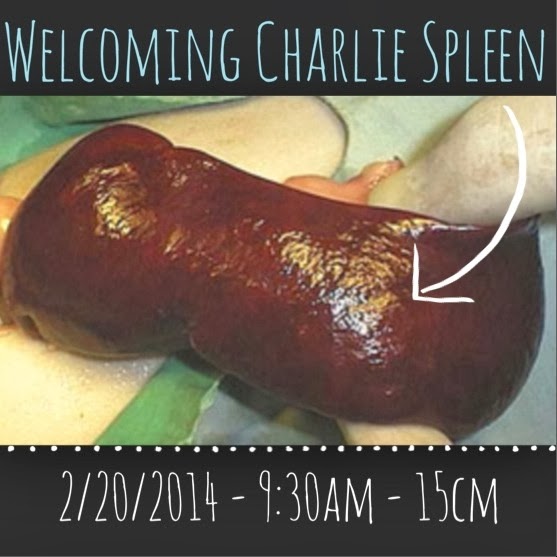 Dad had scans last week as well, and after three months of no drugs, his scans are still good.  There was no growth ( except for that meaty spleen).  Docs thought that taking a drug break would help return his blood levels back to normal.  His platelets are really low, his blood volume is low, his red blood cells are puney.   His blood didn't see any real improvement from coming off the drugs, and his spleen kept growing, so somebody, somewhere ( I can't keep up with all the docs anymore) said that his spleen was hoarding his platelets ( obviously), and that removing it would be a way to maybe get his blood levels back in line.  That, and it was a ticking time bomb about to spew grossness throughout his vessel.

The surgeon used this surgery as an entrance point to also repair some incisional hernias that were really jeopardizing Dad's modeling career.  I assume it is this orifice from which he bore the soft, dark red, meaty spleen.  His platelet count was up 100 points within 24 hours.

The Patient was home by Sunday, with oral pain meds.  Now, apparently, his other organs are fighting for the empty space, and that is painful.  He's getting scanned today to rule out gall stones/ a gall bladder attack.  I'm unfamiliar with the bladder of gall and what it contributes to the machine, and what they'll do if its not acting right.

With the current frequency of my posts, my next one might be at the 5 year mark.  July.   He's not on any meds.  He's only missing two major organs, one being considered just an accessory.  I built a pool just for the 5 year party ( that's a lie- not the pool part, the "just for the party" part).

The reports are referring to the mets in past tense.  That's cool and all, but it doesn't mean he's cured.  It just means that there's a tiny chance of something else killing him before RCC does.  He should continue to wear his seat belt and watch out for busses.  He's doing that well.
Posted by erin oliver at 10:57 AM 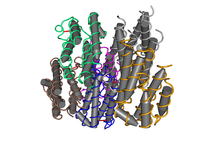